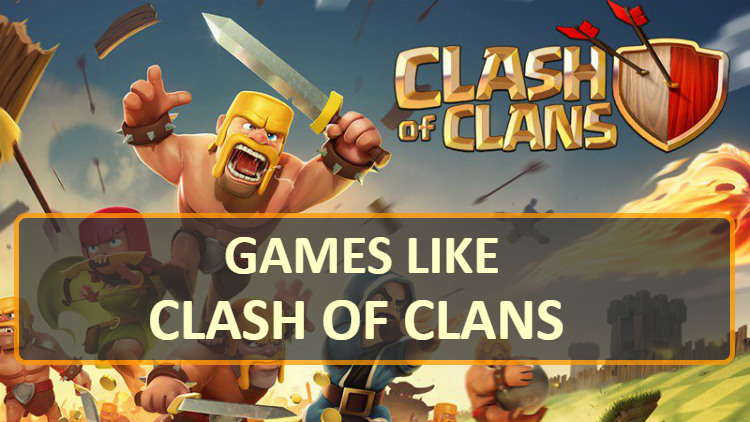 Many games are available on the internet. These games are either accessible online or offline. Single player games are usually offline. Multiplayer games require internet connection; thus, they are online games. Games from different categories are available for free.  They can be installed by the user. Certain games are also to be paid for. Regardless, every game has its own features. This lets the user have a good time while playing it. Games like Clash of Clans is one among those.

Games can be based on reality like; cooking games, makeup games, fashion games, driving games, war and action games, adventure games and other simulation games. Some games are also fictional. They are designed to attract users to experience fantasy and have fun while playing.

Games like Clash of Clans are online. They require an internet connection. These are categorized under strategy games. It requires proper tactics to beat the opponents. The main objective of this game is to form a strong base. The game offers so many choices for planning a strategy. The base must be strong enough to gain victory in battles.

In Clash of Clans, the player is the chief of a village. But it is fantasy themed. The user can go for wars by raising an army. The player has to earn loot and resources by either attacking opponents or from wars. These resources gained can be used for upgrading the town. Spells can be brewed and troops can be trained for battles. The King and Queen can also be taken for wars and for defending the village.

An amazing feature in this game is that the user can join clans. A clan is a group of people in the game. Clanmates can do clan wars together.  They can also donate resources to the members within the clan. This makes the game very interesting.  One can contact many new people on a global level. The user can have a global or a clan chat too. This way, the player can also make friends through a simple game.

Most Popular Games Like Clash of Clans for Android and iPhone

Here are some of the top 12 best games like Clash of Clans;

This is one of the best games like clash of clans.  It is a game that involves strategic tactics. It is used to defend a house from zombies. Different types of plants and fungi are used to defend them. It has different layouts and many levels.

Plaque Inc. is also one of the best offline games like Clash of Clans. It is a strategy simulation game. Infecting and killing the world’s population is the aim of the game. Neurax worm is used to dominate the population of the world. Also converts the world’s population into zombies with some viruses.  James Vaughan, the developer introduced this game in March 2013. It was one of the top offline strategy games for five consecutive years.  The game also educated the public about infectious disease.

Another game similar to clash of clans is Battle of Polytopia. This game is played offline. It was earlier called “Super Tribes”. The players are rulers of a tribe. There are fourteen tribes. Competing and leading one of the tribes is the player’s challenge.  There are unlimited replay options. Each game has a new experience with the auto-generated maps.

This is one of the interesting games like Clash of Clans offline. Enemies need to be eliminated.  This is done by giving the order to a small squad who are armed. Not to forget that escort missions and hostage protection are also available.  Here, moves are leisurely planned by the players. To command the soldiers, the player can take his own time. One can control the speed of the soldier. The direction that the soldier is looking at and the stance can be controlled. The player can refine their actions, by reviewing all the previous turns.  ‘Light mode’ is projected to see the movements on the board.  ‘Dark mode’ is kept out of sight from the player. This is the place where the enemies fall. Thus, making it an amazing game.

Similar to Clash of Clans is this game called Xcom: Enemy Unknown. Here, the player is the commander of the military. The mission is against the alien enemies. Players need to improve Xcom’s base of operations and create new technologies. The soldiers can fire and launch explosives on their enemies automatically. There is something called the ‘ant farm’.  This is the underground headquarters of Xcom. Construction, manufacturing, and many types of research are done here.

One can say that Triple Town is one of the alternatives to Clash of Clans. Here the player must build new settlements. Its all about placing the grass tiles on the grid.  An advanced tile is formed when three or more tiles join together.  Example, when three grass joins together it forms a bush. Upgrading one’s settlement is the aim of the game.

Kingdom rush is another game similar to clash of clans. The player commands his troop to defend the land, from man-eating plant and dragons.  He can fight in areas like forests, mountains, and other wastelands. He must also come up with defensive strategies to defend the kingdom. By commanding and raising an army one can fight against the enemies.

It is a strategic tower defense game. It is one of the best games like clash of clans. It consists of battles against enemies, lightning bolts and other fun gameplay. Defeat the enemies by using powerful towers and attack them with heroes and infantry. This game requires a strategy for battles and has 50 levels. The objective of the game is to save planet earth from the aliens.

Age of Conquest is a strategic war game similar game like Clash of Clans. It is based on the ancient era.  This includes countries such as Japan, France, Russia, and the great Roman empire. The objective of the game is to protect the kingdom from the enemies of the other kingdoms. The player must raise an army and battle against kingdoms. This game requires intense planning and keeps the players thrilled. Thus, boosting the functioning of the brain.

This game involves battling against the undead. An army must also be raised to defend. Soldiers and heroes are used to fighting against their enemies. Many new characters can be unlocked by completing certain levels. This is done with many modes of challenges. It is also a game similar to Clash of Clans.

It is a strategy game which is one of the alternatives to Clash of Clans. The game is set during the period of the Ceramic species.  The alien invades Corolla. The creatures are reproduced very rapidly. The players must use effective strategies to defeat these creatures.  Military powers such, as the tower defense must be used to battle against the alien. This game consists of many warriors and powerful modern weapons. Each weapon has different functions of its own. It has different terrains such as deserts, mountains, forests, and cities. The players can upgrade their weapon. Thus, beat the enemies and get back their territories. It features high graphics gameplay. This keeps the player thrilled throughout.

This is yet another war game.  It covers the rise of Rome, till the fall of modern civilization. War Elephants, Archers, Spearmen, Swordsmen are the battles powers. The challenge is to play during snowy winters and rainy summers. This makes it one of the best offline games like Clash of  Clans. It is an addictive game.

Games like Clash of Clans is a big success. It is so unique that it has millions of players all over the world. Barracks, armies, defenses, strategies etc are common in all these games. It also involves intense strategy, which improves the thinking capacity of the players. It is more convenient since these games are available offline. The current generation has a craze for such games as they are simple and interesting.