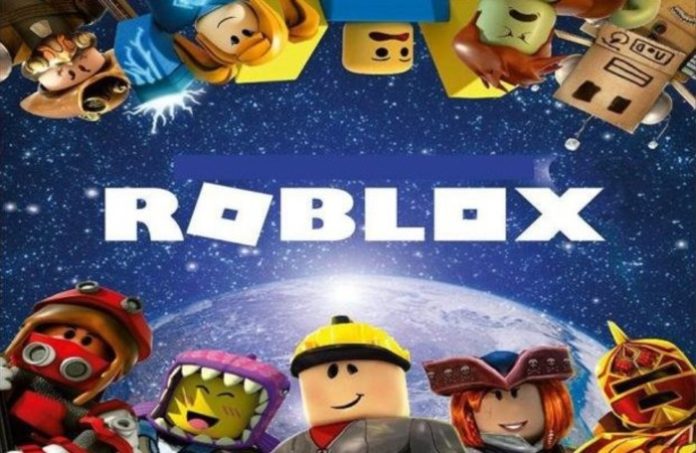 The trend of playing games online is rapidly growing day by day. Game developers are also upgrading their features to provide multiple collections of games inside a single app. The best example of such gaming apps is Roblox and Minecraft. But, Other gaming platforms are also vacant that offer the same games like Roblox. It’s an opportunity for game developers to create games similar to Roblox and upload them on the server. In this post, we will look upon some Roblox Alternatives concerning the evolution of modern games. This list count will help the gamers to explore the gaming world in more depth.

The alternatives of Roblox games are quite similar to the functioning but differ in some characteristics. The list for Roblox Alternatives are the following:-

It is the most popular and relative game like Roblox that comes with a remarkable feature of providing online game streaming. Millions of crafters come to show their playing talent using the sandbox element. Infinite world, home, and castle are available to inspect. Thousands of games from different genres got streamed inside the app to provide high diversification to the choice of audience. Minecraft is functional to both PC and android phone. Players can also use add-ons, slash commands, and much more to discover the largest marketplace.

It is a game to explore new and adventurous natural biomes. The gamer who wants to play games on exotic locations will find it more interesting to play. Creativerse is a new Roblox Alternatives and liked by most of the online gamers. The game can be satisfactory for creative thinkers who want to make a new world by applying their creative imagination. The easy to create sandboxes will help to turn your vision to reality. The feature of a public server in the game allows you to make new friends online. It offers games like Roblox with high involvement of players. You can find people of all ages in the game who comes to refresh their mind and show creative skills.

Trove also offers games similar to Roblox but focuses on streaming battle games in large proportion. It has an extensive collection of war-loving games and memorable alien characters to enjoy the assault. Every game comes with some new features and strategies to fight. It’s the best platform to enjoy battleground games like PUBG in sandbox shapes. It’s a platform for talented game developers who efficiently give their time for creating a highly optimized sandbox graphics game. Most of the game here contains characters like Dracula, dinosaur, and different imaginary creatures that attract more audiences to review the game.

The game is inspired by Minecraft and has a collection of similar types of games like Roblox. These new Roblox Alternatives was made only as a demo test for the gamers. Fortunately, it got good feedback from a lot of gamers and became an online game streaming platform. Developers can create and add their creatures in the game to take creativity to another level. It’s a popular gaming app for enjoying the self-made characters. Players can run tests and play dummy matches before launching them to the original battle. It has easily accessible customization features for building structures and blocks inside every game.

The file size of Terraria is quite large so, the player needs free space with a suitable processing unit to run the game. It has a grand collection of games like Roblox and Minecraft. The large file size has loaded enough features to make it more addictive and enjoyable. The developer gives the right to design everything from the bottom to the top for creating a new city in the game. Every feature is easy to customize because it comes in 2D mode. The player who loves playing 2D games will find it very beneficial for the part of their training.

The name of the game is given Lego because of the lego bricks available for constructing a new world. The packet of games like Roblox makes a player feel unique while playing the game. The features are out of the world as the creatures in the game look the same as aliens. The locations of the games don’t resemble the surface of the earth. The lands and environment made using LEGO bricks will give the experience of playing the game in some other universe. Plenty of Lego customization is available for appreciating the game.

Kagame is a Roblox alternative that stream games in a browser. The player only needs to open the website to start playing the tournament. All the games streamed here are lightweight and don’t need any massive requirement to stream games online. It carries a batch of easy and moderate games similar to Roblox. The option to create games have limited features and doesn’t give full freedom to access its a feature. The game runs quite satisfactorily even in a low version of the operating system and works well for a refreshing mood for a while. It gives options for creating funny weapons to enjoy it to an extreme level.

It is a product of supercell developers that offer games similar to Roblox. The games here are made with AI systems which seem to be quite advanced than other Roblox Alternatives. It has a vast collection of online battle games with multiplayer features. This platform allows them to invite friends using their User-id to create a friendly gaming environment like a gang. The chat and custom room features add additional attraction for the gamers. It is the highest engaging sandbox games in comparison to any other all in one gaming application. Most luckily, it is available on both Android and iOS platforms for the benefit of gamers.

This app doesn’t need any introduction as its name is quite popular on the global phase. Fortnite also offers games similar to Roblox and always stay on the high priority list. Gamers can enjoy a crazy fight with one another by building crazy stuff at the same time. The gameplay is not more than watching conflicts between ultimate characters. It is the only reason that makes it quite different from other Roblox alternatives. Prize based online battles are very famous in Fortnight. The game also organizes world tournaments for checking the extremely talented player of the year.

This Roblox Alternative was earlier named as Half-Life 2 mod, but now the name changed to Garry’s Mod. The game is quite handy for moving characters in the screen. It doesn’t face much lag problem but makes anyone feel comfortable at the time of involvement. The easy to play interface doesn’t create much confusion while choosing any game. The options are quite simple and don’t create any difficulty while operating the function. The keys can be highlighted to make it quite responsive to clicks. The player gets full features to modify the inbuilt features with custom characters. Tons of design options are available to apply to attract gamers to play with their own preference.

The name itself suggests the nature of the game. Animal jam offers games like Roblox with a new identity. It is widely famous for playing games with animal characters. The battle event also has animal characters who run on the battleground by carrying heavy guns. It’s a new and different experience for gamers to acknowledge the gameplay using animal traits. All the available animal identities are customizable before the beginning of the gameplay. The gorgeous feature of the game is the animal sounds that blows away the mind of gamers. The player can enjoy their funniest journey in any battle game after playing games in Animal jams.

CastleMiner Z is highly inspired by games like Roblox consisting of a vast collection of survival conflicts. The attractive environment of the gameplay gives the occurrence of playing the game is highly optimized graphics. The player can take the help of new looking artistic weapons to survive in the battle. The opponent characters include monster and unrealistic characters that seemed to quite real. The player can customize the outfits like other Roblox games to defeat them with full strength. It can be the recreation of choice for gamers who love to play survival games. They can also add new resources in the gameplay using the sandbox blocks available in the menu section.

Modern gaming World is now full of competition. Playing games on the same app doesn’t let anyone know about the qualities of other similar gaming apps. This above list of Roblox Alternatives might given enough ideas to find and distinguish games like Roblox. But, it depends upon the degree of interest and comfortability of a gamer for choosing any game. After all, enjoyment is the main factor behind every gameplay. All of these games similar to Roblox have their qualities and drawback looking into the audience of different tastes. The only thing they must focus is to play with dedication to become the master in any game.

Smartphones Vs Tablets: Which Device is Best for Gaming?